We designed the vehicle livery for a customer, following on from a 68pp brochure and a general re-brand in 2014. When it was done and the signwriters had fitted the vinyl to two out of the four trucks, the customer asked us to make up a group shot for their website – as if all four trucks had been finished and were ready to go. They’d had a photographer take shots of the two which were finished and these shots were supplied to us.

It’s pretty basic stuff, I know, putting a montage together but it surprised me just what a difference to the believability of the image the final shadows made. We started with a shot of one truck in the transport yard, cloned it out and added the truck we wanted. Then we kept trying trucks from other photos until we ended up with something which seemed more or less believable, creating clipping paths to edit out the bits we didn’t want, like this. 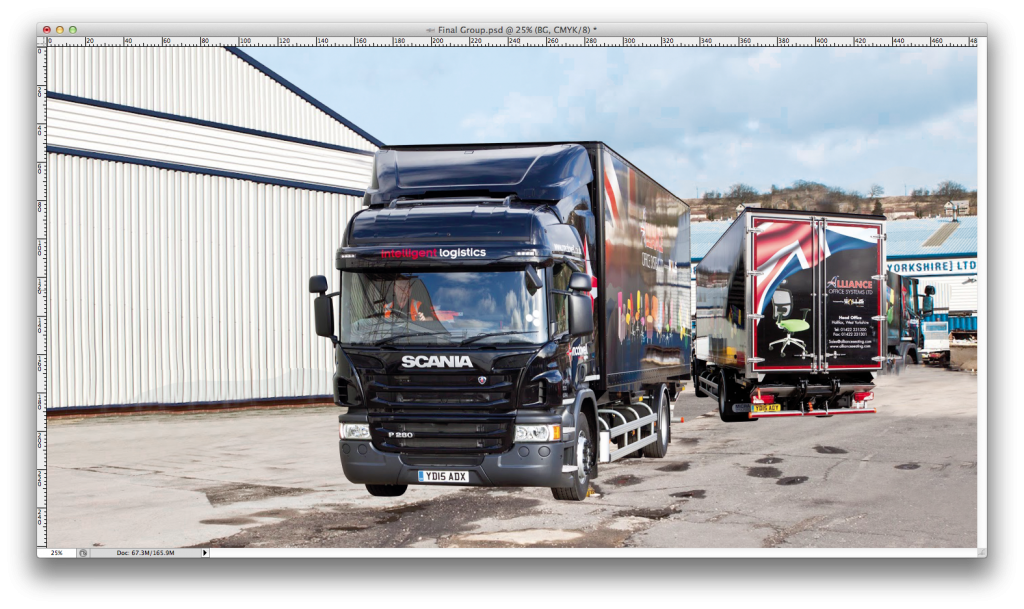 Once the image started coming together we looked at this next stage for ages, with the four trucks in place, thinking “well, it’s sort of right, and then not, but I can’t place what’s wrong”, knowing full well that the shadows had to go in. I was tweaking perspectives, adjusting lighting … all sorts to make it ‘click’ … I just didn’t think the shadows would make such a massive difference. 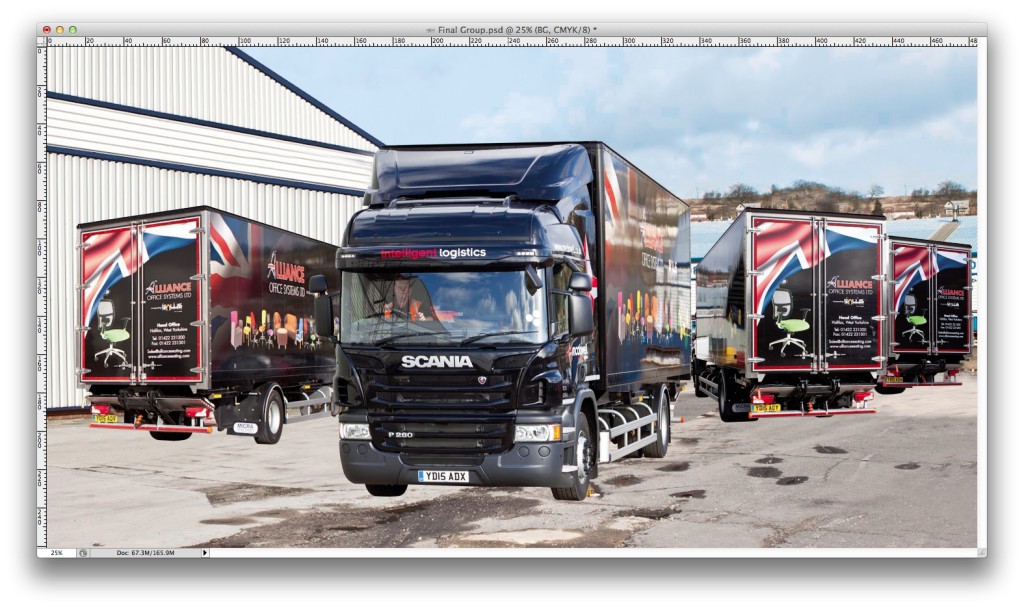 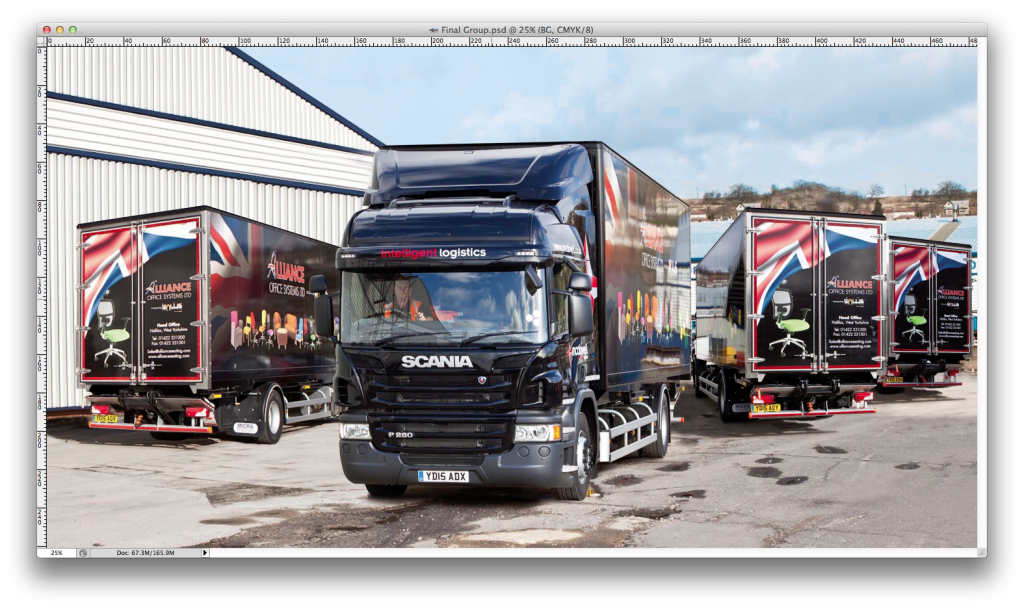 Amazing isn’t it, your brain doesn’t query it anymore.